Don’t expect everything to cost a dollar at dollar stores anymore.

Reuters reports the Dollar Tree and Dollar General are both warning customers that prices will go up for U.S. shoppers due to rising tariffs in President Donald Trump’s trade war with China. Dollar General executives said the retailer was working with vendors to “mitigate the impact,” but said items will likely cost more in the future.

“Even with these efforts, we believe our shoppers will be facing higher prices as 2019 progress,” Dollar General Chief Financial Officer John Garratt told analysts on a post-earnings call Thursday.

“We expect that it will be impactful to both our business and especially to consumers in general,” Dollar Tree president and CEO Gary Philbin said in a statement.

According to Business Insider, Dollar Tree has already begun quietly testing a “Dollar Tree Plus!” collection of products that cost more than $1 at some stores this month. The company, the last major dollar-store chain to keep all prices at $1 or less, said it would expand the higher prices to more than 100 stores soon.

“With its ‘Everything’s a Dollar’ model, Dollar Tree has remained one of the most unique, differentiated and defensible brand concepts in all of value retail. However, we have always been a ‘test-and-learn’ organization that is committed to evaluating all opportunities to deliver great value for our customers while driving long-term value creation,” Philbin said in the company’s earnings release.

Fearing concerns about customer backlash, Forbes reports dollar stares are coming up with new initiatives to drive more traffic, including a Dollar General partnership with Western Union for customers to transfer money, and adding alcohol to 1,000 of Dollar Tree’s Family Dollar stores.

Reuters reports both companies reported strong quarterly sales Thursday, sending shares up about 6 percent, but executives for both companies said the cost of tariffs will likely be shifted to consumers. Other companies, including Walmart, Coca-Cola, Best Buy, Procter & Gamble, Ford, Harley-Davidson, Macy’s and the Gap, have similarly said prices will go up if tariffs continue.

Trump escalated the trade war this month by increasing duties on $200 billion of Chinese imports from 10% to 25%, claiming China backtracked on commitments it made in earlier negotiations. China retaliated by raising tariffs on $60 billion of U.S. products, including batteries, spinach and coffee.

Dollar General has more than 15,000 locations in 44 states, while Dollar Tree operates more than 7,100 stores nationwide. Both have stores throughout CNY and Upstate New York.

Leave Your Thoughts down below!!!

THE ELEGANT CREATORS ACADEMY IS OPEN JOIN US FREE TODAY!! 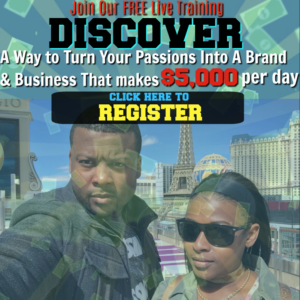